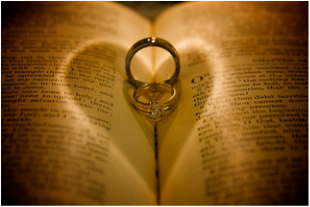 I first published this post on the old site in June 2015.

June is upon us and that means that we are full into wedding season. Not that I get invited to a lot of weddings. Though drunkenness often occurs at weddings — even Mennonite weddings — most people don’t actually seek out drunks when they are putting together their invitation list. Which means that most of my reflections here hark back to the days before my reputation was solidified — twenty or thirty odd years ago. But I have good hearsay that Mennonite weddings haven’t changed a whole lot.

When non-Mennonites find themselves lucky enough to be invited to a Mennonite wedding, they immediately have two questions they need answering: what should they wear, and will there be booze. I myself got married years ago when I had only recently graduated from the Mennosphere, and didn’t realize that my guests needed a primer. I’ll try to make up for that now. Though, honestly, if you are turning to someone calling herself The Drunken Mennonite for etiquette advice, you may have more to worry about than wedding attire. Nonetheless.

We had quite a number of non-Mennonite friends and a whole contingent of Englanders from my spouse’s side of the family but only a couple out and out asked how they should dress for the Big, Fat Mennonite Wedding. I didn’t understand the question. They knew me; they’d seen how I dressed. I thought it was obvious that I wasn’t Old Order or a Conservative Mennonite. But, of course, they knew nothing whatsoever about Mennonites and imagined that I dressed as I did when out in the world but would don a cape dress and a head covering when back home. Nope. Mennonites might dress up a bit for Church and for weddings but as a general rule what you see on a Saturday is the same as what you see on a Sunday. And anyway,  Mennonites who show their faith in their dress would not expect wedding guests of other faiths to dress up “Mennonite” for the occasion.  Also, you can wear whatever colour you like. My spouse’s ex-girlfriends all wore black to our wedding; I always thought they were in mourning over the loss of such great dating material but maybe they thought they were just going to fit in with the Mennonites. They didn’t. The Mennos wore pastels.

Even in pink and mauve, though, no matter the denomination, Mennonite weddings tend to be simpler in appearance than Catholic or Anglican weddings. You’d be hard-pressed to find a Mennonite who doesn’t look down her or his nose at expensive wedding dresses and cakes for elaborate parties in fancy ballrooms. At many a Mennonite wedding, no one’s any better dressed than they would be on a Sunday morning, the meal is much like you could expect at a Church potluck, and the speeches are sermonettes. Which is theologically sound and frugally sensible but a little bit boring as well.

But it’s not all a dreadful bore. Sometimes wine is served with dinner. Not always. But sometimes. And do not for a minute imagine that it’s just the non-Mennonites drinking. Even those Mennonites who rarely drink and who wouldn’t drink at all if in the company of another Mennonite on a fishing trip will drink at a wedding. A drunken wedding is, after all, the setting where Christ first declared his ministry; to turn down wine at a wedding is really tantamount to blasphemy. Having studied our Bible and believing firmly in following the example of the Gospels, if there is wine served at a wedding, we will do as the guests at the wedding at Cana and drink until all the wine is gone. And then we will look around for more, hopeful that the best wine was left for last.  This can lead to costly wedding feasts. It is perhaps for this reason, rather than out of any fundamentalist puritanism, that some weddings do not serve alcohol at all. Apparently among Old Colony Mennonites in Mexico, wedding hosts manage the alcohol consumption by permitting it only among the unmarried. I don’t know; I’ve never been invited to an Old Colony wedding. But I sympathize — you have to find some way to keep the costs down.

In my own tradition, Mennonite weddings used to have a way of being both big and small at the same time. When I was a child, it was common for the entire congregation to attend a wedding ceremony as the crowd of witnesses intended to provide a community of support for the young couple starting out. They also provided a useful service by filling up the Church and helping out with the hymns. But after the service, most of the congregation went home and only family and very close friends attended the reception. I remember my parents quite regularly heading off to weddings for people they barely knew on a Saturday afternoon in June, a sort of inexpensive useful version of a wedding crasher. By the time I got married, this didn’t happen anymore.  Unable to count on a gackle of unpaid choristers to fill the pews, we ended up inviting at least half the congregation and they all came to both ceremony and reception, sang hymns in the ceremony, and drank their fill of red and white wine at the reception.  I don’t remember if we served the best wine last.

Somehow, I doubt it.

In honour of the wedding at Cana and Mennonite weddings everywhere, I’m drinking wine instead of a cocktail this week.  I always imagined the water in those jugs turning into the deep red of a Shiraz or a Cab Merlot, though there’s no good reason to think that. Still, that’s what I’m drinking. I haven’t found a particularly Mennonite red to drink today. It’s a Niagara red and that means that the winemakers, if not Mennonite themselves, live neck and jowl with them. Hell, they might even have been to a Mennonite wedding or two in their time. Enjoy.

Summer Borscht, and the Living is Easy