Remember that time when we didn’t riot? 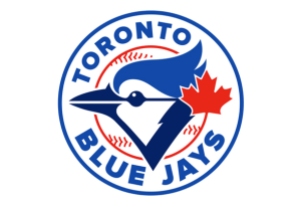 According to my mostly-Mennonite twitter feed, the best thing about the October 14th Blue Jays/Texas Rangers game was that it did not result in a riot.

Mennonite baseball fans all across Canada were wringing their hands earlier in the game when things weren’t looking so good. Though I was working late that night, my Menno spidey-sense was tingling as all across the country Mennonites started pursing their lips, shaking their heads and saying, “See, that’s why they shouldn’t allow alcohol at baseball games.” I expect a few of them got up and turned off their TVs in disgust, missing the game’s thrilling conclusion.

In case you missed the whole thing, a gross injustice on the field riled up the fans, causing a number of them to throw their empty-ish beer cans onto the field in disgust. Early accounts claimed they threw bottles and that one of them hit a baby on the way. Later accounts amended that to cans and confirmed that the baby in question was not hit by the falling debris but did experience some spray from a descending beer projectile.

I would like to take a moment here to clarify that the Drunken Mennonite in no way endorses throwing alcoholic beverages or their vessels for any reason whatsoever — neither as a protest nor as a sport. Booze is for drinking, not throwing.*

All this fan unrest had Twitter speculating about an impending riot. It was a tense few minutes. Among the Mennofans, the ultimate Jays win was, then, more relief than joy. Participating in sports fan culture is one of the few areas of popular culture that Mennonites allow ourselves without even a teensy twinge of guilt. A big bad riot could ruin all that. And then we’d have nothing.

Nobody wants a riot. I mean, sure, I have some sympathy for peaceful demonstrations that turn into civic unrest as a result of injustice or centuries of oppression. And sometimes no one even gets hurt in a riot; it’s hard for me to get all outraged at a broken window or two. Riots that matter can even get immortalized in the popular imagination and in song. Sports riots, however, hardly ever deserve to be immortalized in song. They just embarrass most of us and alienate the Mennonite fans.

There was no riot, of course. People have been widely sharing video of the not-riot that happened after the game at one of our major intersections to the amusement of all. So we can all relax. No riot. Yet, anyway. There are a few more games coming. As I write this, we can’t know how many more games will come or if any of them will be riot-worthy but we can always remember this particular game for the Not-Riot its inspired.

Apart from the most riot-anxious, fans were distracted from their disgruntlement by the exciting win and the now-famous Bautista bat flip. Since I follow more mixologists than baseball fans, when I first saw the term Bat Flip on my Twitter feed, I naturally assumed it was a Halloween-themed egg-based cocktail. I admit to being disappointed that, as far as I can tell, no mixologists have taken up the challenge of creating a flip that honours the controversial baseball bat tossing Bautista — or any other bat flip. It shouldn’t be up to me.

Today’s cocktail takes a traditional flip formula and adds a bit of blue curacao for the Blue Jays. It’s not particularly Mennonite except insofar as there really are a lot of Mennonite baseball fans out there. Some of them might not approve of bat flipping but they all prefer it to rioting.

Shake all ingredients  for a good 20-30 shakes. Add ice cubes to the shaker and give it another good dozen shakes or so. Strain into a glass and garnish with whatever you like. Enjoy.

*A possible exception can be made for throwing a glass of wine in the face of someone particularly boorish. It’s a classic for a reason.

Which Disney Princess is the Most Mennonite

An open letter to Mennonites of Swiss descent